The firm had its beginnings back in 1992, when Jeff Seaver stumbled on to an alpha-testing opportunity for a program called Mosaic, a software precursor to the first commercial web browser, Netscape. Jeff had been toying with computers since he was a kid, but with Mosaic, he began experimenting with website design. This was while the internet was still in its infancy, before there were Macs, or Windows, Facebook or Google, or even — gulp — AOL! Since then, the digital world has evolved by what seems like light-years, and many have come and gone — but we're still here.

Over the years freelance "specialists" have come on board to help with specific skills such as software engineering, search engine optimization, design & art direction, copywriting & editing, photography, user interface design (UX|UI) and more. The firm evolved into Seaver Interactive LLC and settled in to our new, state-of-the-art studio complex on the Saugatuck River in Westport CT. Our team of specialists continues to grow. 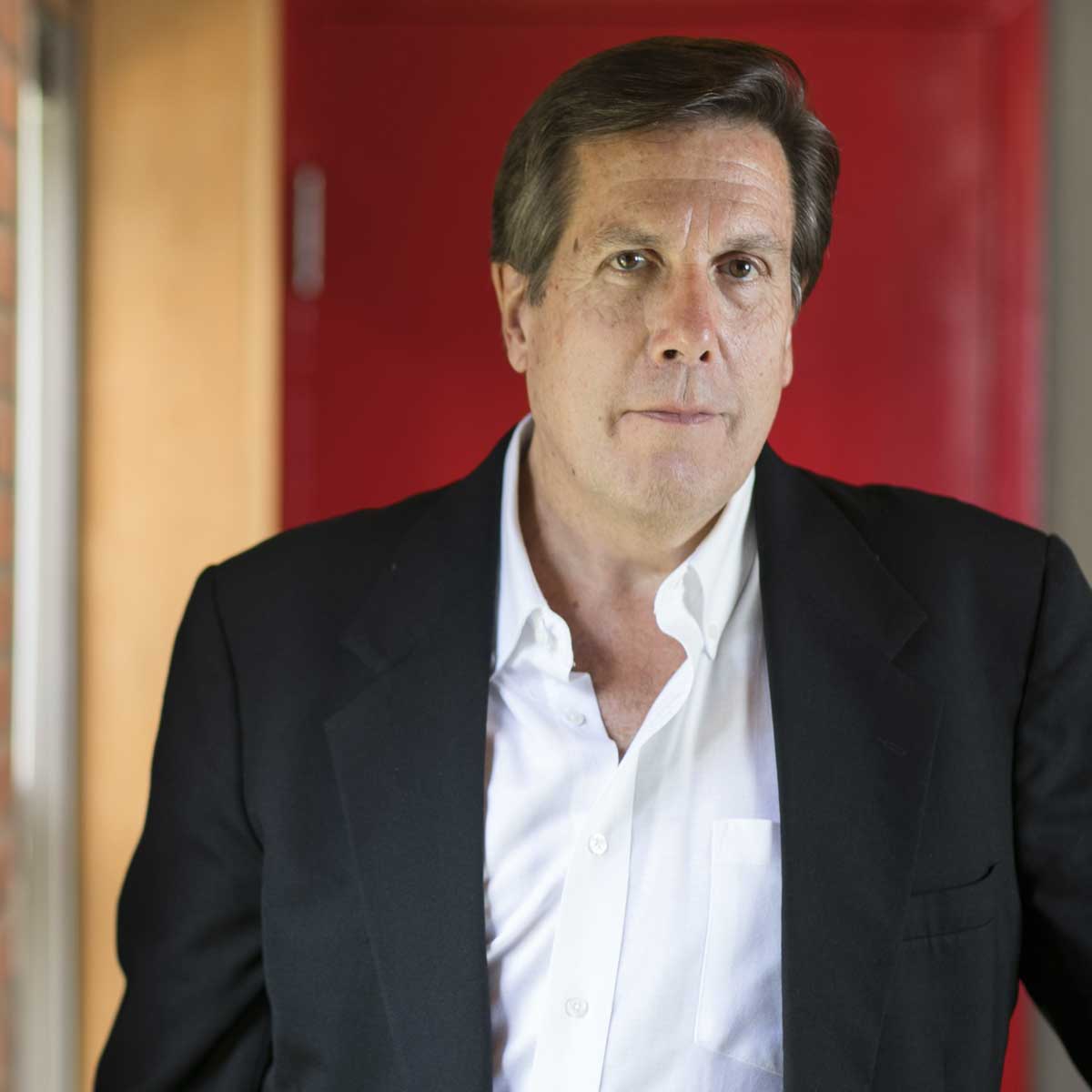 Jeff Seaver got his start in the tech world programming a GE mainframe computer while in high school. He went on to receive a degree in architecture, but moved instead into the world of commercial art and design in New York City. He worked in advertising, publishing and the communication arts for over 25 years, working alongside some of the top names in those fields.

Jeff's work has won awards from Communication Arts, The Art Directors Club, Print, The Mobium Awards, The Society of Illustrators, Art Direction and The Dallas Art Directors Club — awards for illustration, art direction, copywriting and graphic design. His work is included in the permanent collections of several museums, including the Smithsonian. Jeff has juried competitive award shows including The WebAwards, Mobile Web Awards, Communication Arts Annual, Big W Awards, The Society of Illustrators Annual Show and the Art Directors Club Exhibition. He is a past National President of The Graphic Artists Guild, and was involved in legislative efforts on copyright law, providing testimony to the US Congressional Office on Technology.

Jeff has been a professor, guest instructor and lecturer, presenting at many major art schools across the US. He has been a featured speaker and panelist at various technology conferences, and was a contributing technical writer to several software guides for Adobe. He currently teaches workshops on digital marketing through SCORE.

He has belonged to the AIGA, the Art Directors Club of NY, The Society of Illustrators, The Society of Childrens Book Writers and Illustrators, The National Association of Photoshop Professionals, The Connecticut Art Directors Club, and the National Association of Broadcast and Electronic Technicians (NABET).

(and their spirit animals...) 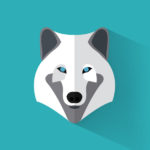 Jon is not only a software, IT and marketing guru who can quote technical how-to while weaving through traffic. He also knows big-picture marketing strategy inside and out.

A teacher at heart, he provides most of our client training and tech support. A parent of four kids, and a cute dog unburdened by common sense, Jon remains our most unrufflable team member, though we keep testing. 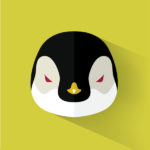 He was a name partner in the highly respected Ross Culbert & Lavery design studio in New York City. Over the years he has designed movie posters, books, museum banners and print materials for hundreds of major clients. Bud is also a sharp-witted and funny copywriter. Case in point: he did not write this.

When not busy analyzing typography on billboards while driving at high speeds, Bud tends to his “artisanal” apple orchard, and paints beautiful, realistic acrylic paintings of brand-name crackers and cookies. This has led to his being known as "The Painter of Carbs." 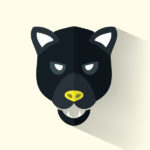 An accomplished pastry chef, Marina is a self-confessed “pastry snob,” and she unleashes her creative skills on some of the finest baked goods our team has encountered. Sometimes, however, she shows up armed merely with her beautiful photography of her latest creations. This does not help with staff morale. 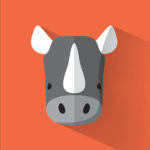 Jodi is a branding and marketing expert with decades of experience. She has developed brands and marketing campaigns for hundreds of major companies. Her work has included naming and branding major real estate projects, consumer pharmaceuticals, company divisions, retail brands and brand spinoffs. She has worked in sectors from IT to medical to software to, well, you name it. Better yet, let her name it.

Described as “a marketing tornado and a breath of fresh air,” Jodi is sought after not just for her brilliant creative gifts, but for her in-depth research, developing a comprehensive understanding of each client’s situation in their marketplace that informs all of our creative solutions. 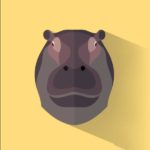 David is a WordPress and CSS expert with decades of experience and hundreds of websites under his belt. He is also one of the few technology coders who can speak design. He is widely acknowledged for his work, elegant in its simplicity. He's also held in awe by fans for his seemingly limitless patience. In dealing with nitpicky clients, designers, writers, photographers, some of whom “Won’t know what we don’t like until we see it,” he maintains “That’s why god invented pubs.”

David possesses a huge reservoir of knowledge of all things digital, yet makes no secret of his disdain for those who stream their lives staring at smartphones. He prefers instead to live his life staring at football (aka “soccer”) matches. 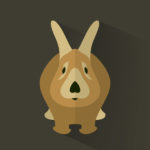 Barbara Thompson is an art director and production artist with a wide range of experience. She has worked with many advertising agencies, design firms and corporations. Barbara specializes in product development and marketing – creating brochures, guides, presentations and website materials which present information in a clear, concise and easily understood way.

In addition to enjoying the challenges of marrying words to type, she loves to play with graphic images and create interesting color palettes. We're also lucky in that she actually enjoys the process of building final files — and triple-checking the work! 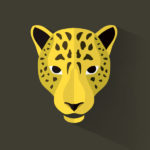 Lucy White has 20 years of experience as a writer and communications consultant and has run the gamut of marketing communications from serving as an account executive on the advertising for an international fashion and cosmetics brand to developing materials for popular children’s characters.

Lucy was a literature major at Princeton University. She is a founding trustee and program director for a New York historical society and served on resource development committees of Literacy Volunteers of America and Saratoga ArtsFest.

Nicole is the newest member of the Seaver Interactive team. She brings a savvy and hard-working spirit to her work in SEO, social media and content marketing.

She studied art as an undergraduate in Florence, Italy, and returned to the US with an interest in the intersections between art, design and the technology world. Prior to working with us, Nicole was a consultant for Lilian August and several local firms providing architectural and design services.

Nicole also has experience with designing operations systems as well as exhibit and retail display. 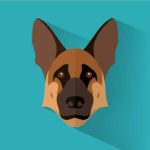 Cheryl is a communications and outreach specialist with over 20 years experience. Her focus has been on conservation and the environment, working in partnership with national and regional non-profits, and state and federal agencies and NGO's to communicate science and natural resource management issues to diverse audiences. 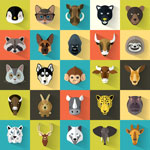 Seaver Interactive produces our work in-house. We conceive, design, create content and build our own work. We do not use third-party prebuilt templates to create websites, nor do we ship technical parts out to mysterious overseas companies who can change names overnight.

We do have a trusted group of contractors, built up over many years through trial and error, who provide top-drawer writing, back-end coding and software IT help, freelance photography, illustration, graphic design, copy editing and proofreading, print services and more. All of our work is done in-house or supervised, paid for and delivered by Seaver Interactive.

We use cookies to track site visits (but not personal details)...OK!Whuh?